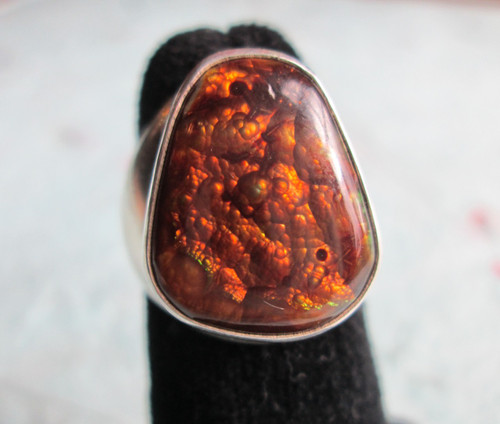 Fire agate, a variety of chalcedony, is a semi-precious natural gemstone found only in certain areas of northern Mexico and the southwestern United States. Approximately 24-36 million years ago these areas were subjected to massive volcanic activity during the Tertiary Period. The fire agates were formed during this period of volcanism when hot water, saturated with silica and iron oxide, repeatedly filled cracks and bubbles in the surrounding rock

Fire agates have beautiful iridescent rainbow colors, similar to opal, with a measurement of hardness on the Mohs scale of between 6.5 and 7 which prevent issues of fading, cracking and scratching.