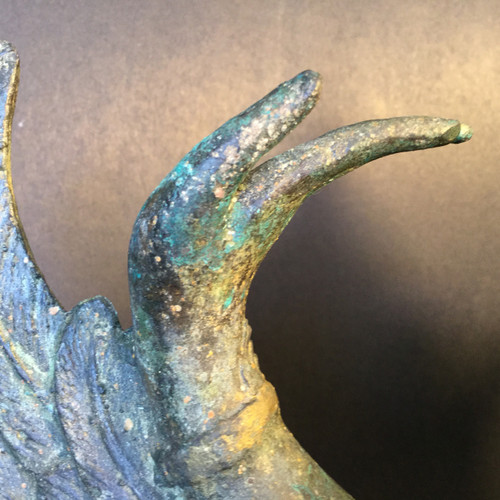 Listed as Circa 19th Century , although the previous  owner a retired judge in southern Thailand, dates it over 300 years old. 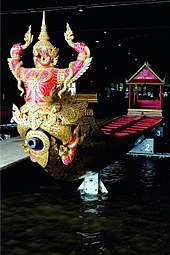 Garuda as the masthead of Thai royal barge.

Thailand uses the Garuda (Thai: ครุฑ, khrut) as its national symbol,[36] as well as their currency.[37]

Skeleton Quartz with Amethyst and Calcite