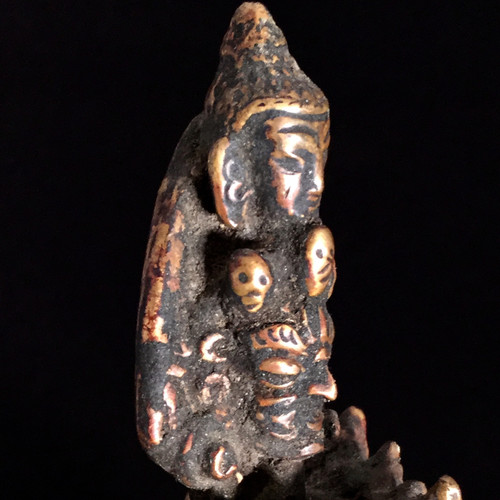 Originally purchased in remote location in Nepal by our friend and art dealer, The statue was completely smooth with a patina so thick the iconic image was not recognizable It was brought back to Kathmandu where a partial cleaning was done.  It’s present condition is where we found it.  The date we assigned was a conservative appraisal based on the combined experience of myself and my dealer. The craftsmanship is superb. The statue could easily be much older.